The 4 flagship professions for creating a video game | NET-INFO

The 4 flagship professions for creating a video game

If you thought about it first, that's normal. This is the most shown job in making video games as well as animation films.

What exactly is it? what are the tools, the salary? Let this article guide you, we explain everything.

The 3D graphic designer designs decorations, dynamic and non-dynamic objects, scenes, and 3D characters, in accordance with the artistic direction and the constraints of the engine.

In 3D, what we call “objects” are actually the virtual objects that you will have created during your design. This can be what you want, as long as you respect the game guidelines of course.


An object is dynamic when it can be modified as you wish without impacting your other creations. They're overlapping. Like non-dynamic objects.

Of course, you'll use something called a graphics engine. A well-known for its quality and very practical use is Unreal Engine. You may have heard that name before.

In any case, you can be sure that we will address all this in detail if you continue a 3D training at Netinfo. ;)

Many tools and software can be used to design a 3D video game, even without code! 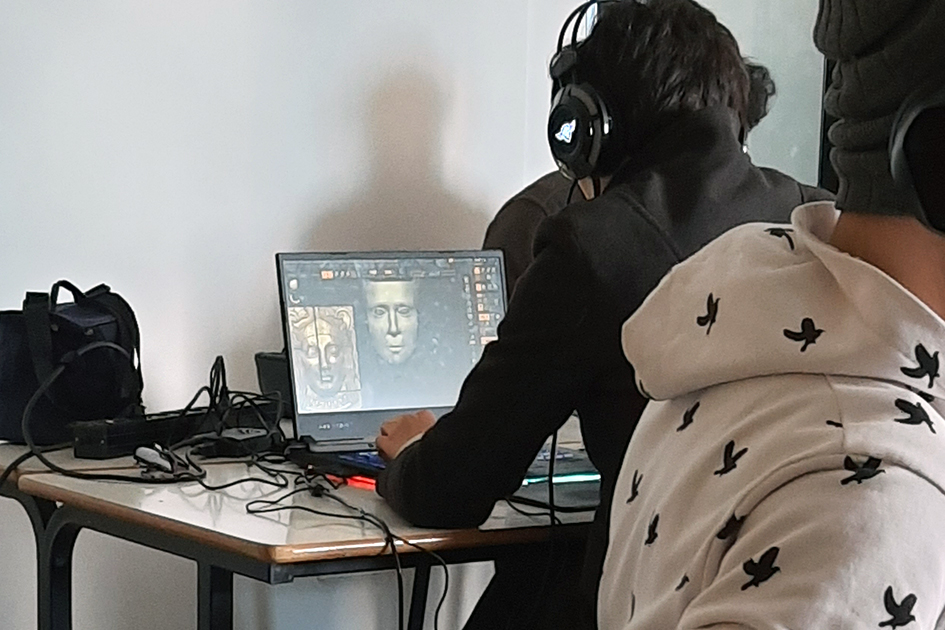 Among them, and we've already talked a bit about them, the best of all is Unreal Engine 4. Several very big games have been designed from this software such as Fortnite, Street Fighter 5, Star Wars Jedi: Fallen Order, and many others.

GDeveloper is a very good development environment and a powerful game engine to design 3D platform games for the web, Windows, and Linux but also for Android and iOS tablets and smartphones.

Many more are available. For the rest, we let you venture on the web to know more about the subject.
Yes, the two trades are different, and the path taken is not necessarily the same.

This job requires different skills. And mind you, a 3D graphic designer is not necessarily any better than a 2D graphic designer. The software used does not work the same way. They demand rigor and creativity.

Speaking of software, the most frequently used software will be art, design, and image processing software such as Adobe Photoshop or Illustrator.

We might even consider 2D graphics to be a huge challenge when it comes to designing video games. In the sense that originality, colors, atmosphere, and animations will have to stand out from the others in order to make the game more impactful!

Just like 3D graphics, 2D graphics also get their video game design software. And there are many of them.

We can still mention a few such as Construct 2D, a software that allows you to design a game without necessarily having previous knowledge of programming language.

Another one that we can quote from, which is very interesting, GameMaker. It is a powerful software that has already proven itself through the creation of good amateur games. A must for the development of video games to discover for free!

It has been used to develop world-famous games that you might also know: the Hotline Miami and Undertale series.

Here's a profile for a 2D graphic designer:

The training you can do:

Masters in Graphics (5 years of study)

The Game Designer, or the art of making a game attractive.

What is his role?

The game designer holds a key position in the production of a video game. It is he who designs the gameplay, that is the concept, the mechanics of the game, and its handling. His first goal is to make the game as attractive as possible.

How the character will move, how objects will interact with each other, the colors, the overall atmosphere of the game, all this information will come from him. Having a creative mind for this profession is therefore important to instill a touch of originality in the game.

While some Game Designers worked a lot on paper, today mastering 3D design and design software is becoming more and more popular.

Software such as Unreal, Unity, or 3Ds max, as well as animation software.

For the Business Card, we will give you all the details in the Level Designer part, because the skills and curriculum are identical.

For training, we put this information in the Level Designer part, the curriculum for both trades being identical.

Behind the Game, the Designer is the Level Designer.

Very similar to the Game Designer, but applied to the levels, the Level Designer designs the levels of the game by creating maps and setting up a series of events and obstacles that rhythm the progress of the player.

The Game Designer will use the elements of the game, the abilities of the main character, for example, to adapt the levels according to the difficulties. Knowledge of programming languages is therefore essential, such as Python or LUA. He must also master artificial intelligence concepts such as the WSF or the concept of the finished robot. This will allow him to adapt the level by taking into account the AI included in the game.

For tools, the Level Designer must be able to manipulate level editors. As for the number of publishers, there is something for everyone.

For example, UnrealEd, specific for the Unreal series of games, which is, therefore, a 3D editor, up to Super Mario Makers for Super Mario games, this time in 2D.

However, other games like Hotline Miami, for example, find their level editor in their design software: GameMaker.

Let's move on to the record:


The training you can do:


Salary for a Game Designer:

With these 4 jobs, the conditions are right to create a good video game. But again, we didn't tell you about the artistic dimension, or the musical dimension when designing a game. Sound engineering, or Tech Artist’s craft that we could talk about in a future article. ;)

The 4 flagship professions for creating a video game